There was no jury award in 2013, but the special award presented to Professor Dr Fritz-Albert Popp, marked a consistent extension towards science and research for the first time. In October 2013, Professor Dr Popp received the MIND AWARD for lifetime achievement for work on bio photons – light quanta that are part of the ultra-weak photon emission of biological origin. 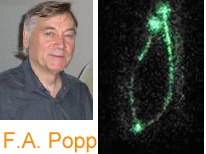 Our reasoning is best described by the following source: http://de.wikipedia.org/wiki/Biophoton.
“Mr Popp’s team is working on procedures to apply their teachings to the quality analyses of food items, monitoring environmental influences, bio-indication, analysing the differences in tissue (e.g. between healthy and tumorous tissue) and to better understanding illnesses,
The team understand their work as a holistic approach to explaining the biological phenomena of living systems, especially communication and regulation processes in cells and cell populations – such as growth and differentiation – including physical questions with regard to understanding awareness.”

The jury award 2012/2013 was chosen from seven nominees, using the Borda method we know from the Eurovision Song Contest. 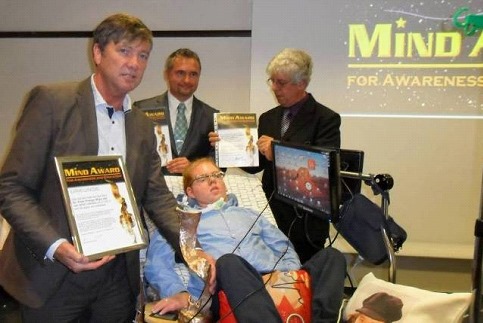 Winner of the MIND AWARD 2012/13 was Platz da, ich lebe! (“Make way over, I’m alive!”) – a book project that creates awareness for life by Dr Peter Prange and “guests” of the Hospiz Balthasar in Olpe, Germany, which was also supported by hospice guest, Christian Nickels.
Nickels relies on a ventilator and is fed via a parenteral tube. He had started a special group on Facebook to ask for support and was able to experience one of the highlights in what will probably be a short life, thanks to the provision of special transport.
Both Christian and the hospice for children and adolescents received a certificate of appreciation. 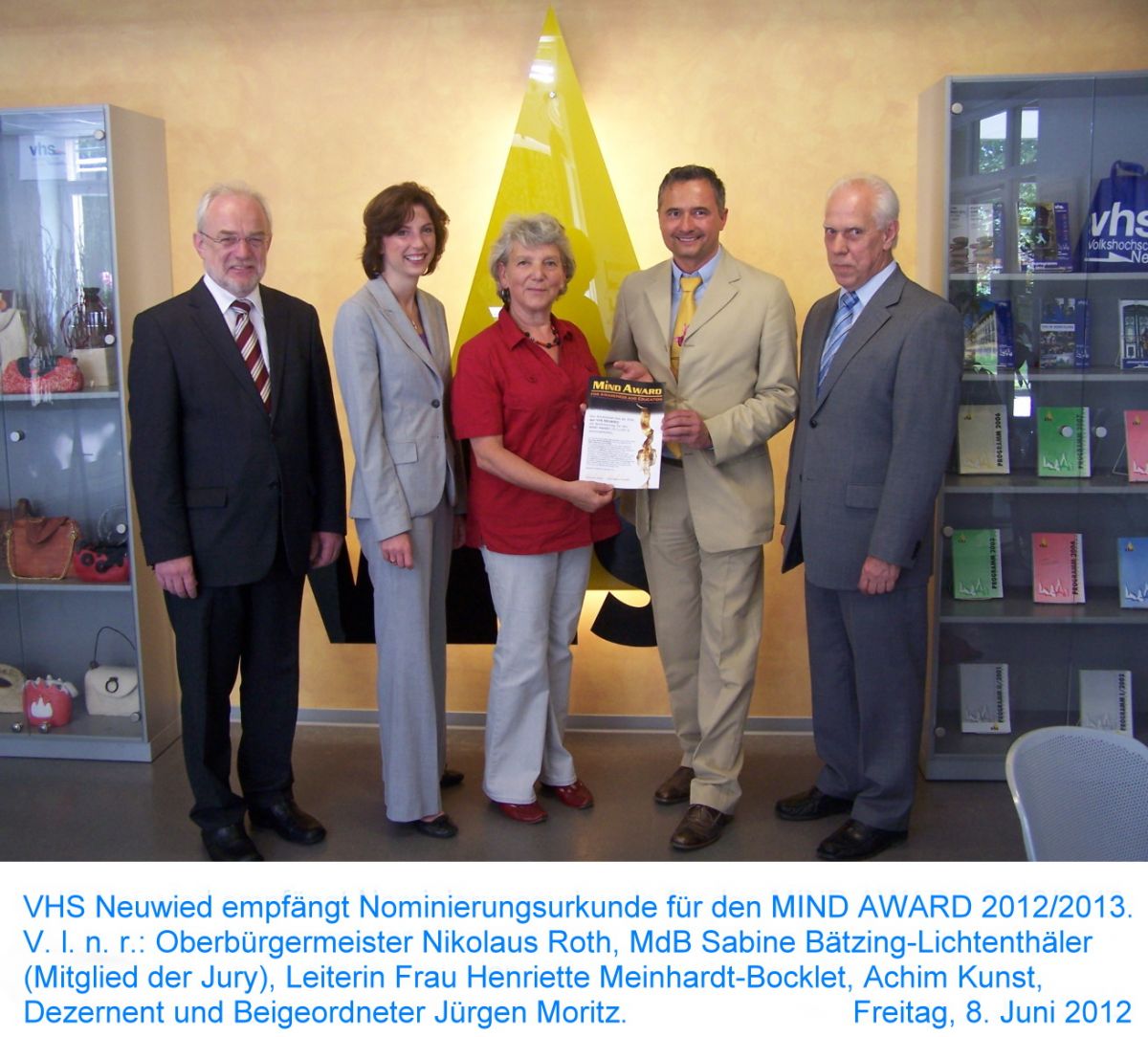 First, Henriette Meinhardt-Bocklett (representing the VHS Neuwied) and Michael Schanz (representing Haus Buchenried – VHS Munich) presented their holistic approaches to education. One difference is that the VHS Neuwied closes gaps in the education system by offering a variety of specific aids, while Haus Buchenried creates an ideal learning environment, thanks to its beautiful setting on the shores of the Lake Starnberg. Both institutions are committed to integrative learning principles, that is, they take varying levels of education into account and compensate accordingly, ensure that young and old alike can learn from each other, and encourage more advanced students to pass on their knowledge by teaching others.

On 10th August, the MIND AWARD Special Prize 2012 was presented to Zivile Koalition (Civil Coalition) and Abgeordnetencheck.de (Check your MP) in Frankfurt am Main, Germany.
Their information campaign about the ESM fiscal contract played a major role in ensuring that the Federal Constitutional Court made a ruling on the ESM agreement. The transparency and public awareness surrounding the Euro rescue fund led to a fundamental shift in political and business attitudes. 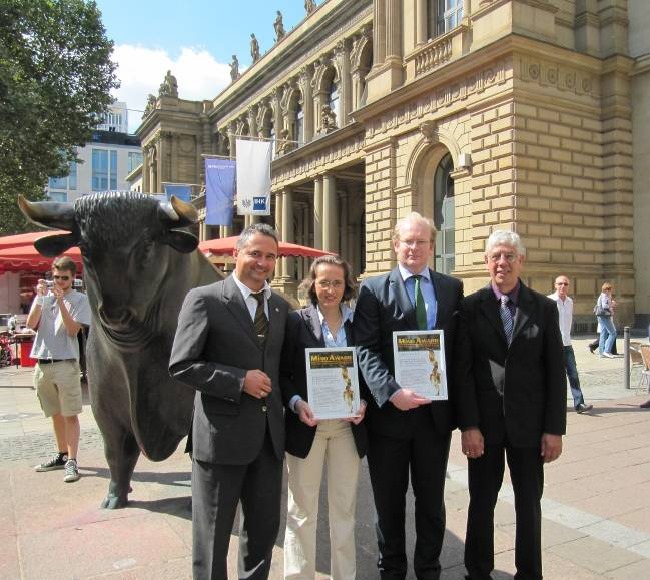 When democratically dubious lobby politics provoke reactions from entire countries, an educational prize for campaigns to raise awareness must also set a political example. Mr and Mrs von Storch explicitly and openly stated their commitment to a united Europe, for which they received the special award for courageous, public-spirited education.

Following the Europe-wide release of the ESM information video by the Zivilen Koalition e.V. in autumn 2011, 1.1 million e-mail petitions were sent to German Bundestag (parliament) members in advance of the Bundestag vote on the ESM and fiscal contract in 2012 via the platform Abgeordnetencheck.de (Check your MP). The MPs’ replies were documented on the portal. This made transparent, which individual MP adopted what personal position regarding the ESM. As a result, citizens could exert their influence even outside of elections.

The MIND AWARD was conferred impartially in order to enable the public (also as a nation) to contribute to and positively influence the (political) future of Europe and the world.
Beatrix and Sven von Storch accepted the certificates at the Börsenplatz (the square in front of the Frankfurt Stock Exchange) immediately after the press conference.

In 2011/2012, the award winners were determined exclusively by a public online poll, so as to leave the decision entirely in the hands of the public. 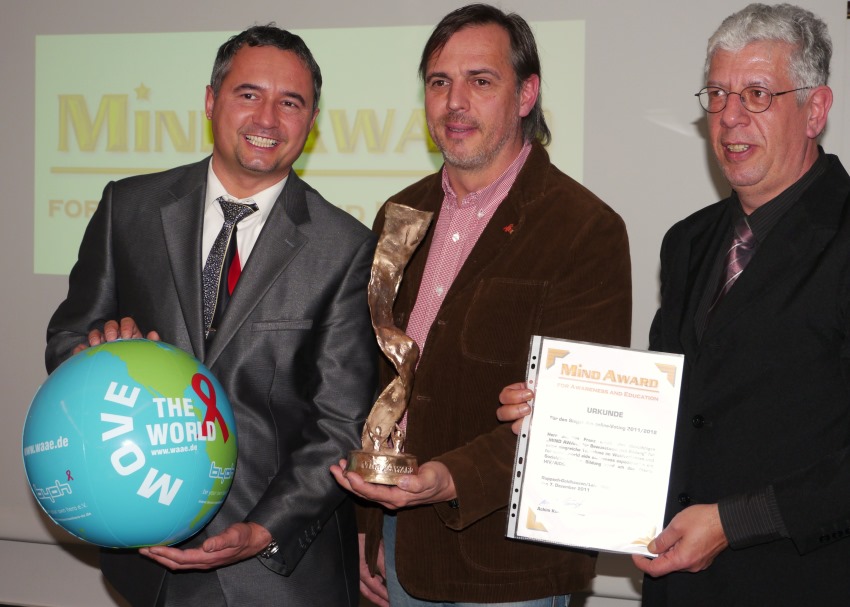 The eventual winner was Joachim Franz and his “World Aids Awareness Expedition”
(waae), who won the prize in recognition of his and his team’s responsible and sustained global commitment to education and information.
From April to August 2011, twelve people travelled five continents and 55 countries in 111 days.
Their projects “move the world” and “be your own hero e. V.” enable vital knowledge to be transferred to schools and children’s homes locally and worldwide.
The adjacent photo shows Achim Kunst with the award winner Joachim Franz and juror H. J. Bell.

“€1000 for everyone” is the title of a book and simultaneously a demand by Professor Götz Werner. This basic income gives everyone room for their own personal development and entrepreneurial activity for others. He ensures his successful approach is tested by university chairs and finds specific levers.
For instance, his spokesman André Presse sent us the following statement in June 2011:
“VAT nowadays makes a bigger contribution to the national revenue than personal income tax. So why is there no VAT exemption threshold yet, in the same way there is for income tax? This could guarantee a minimum subsistence level for everyone.” 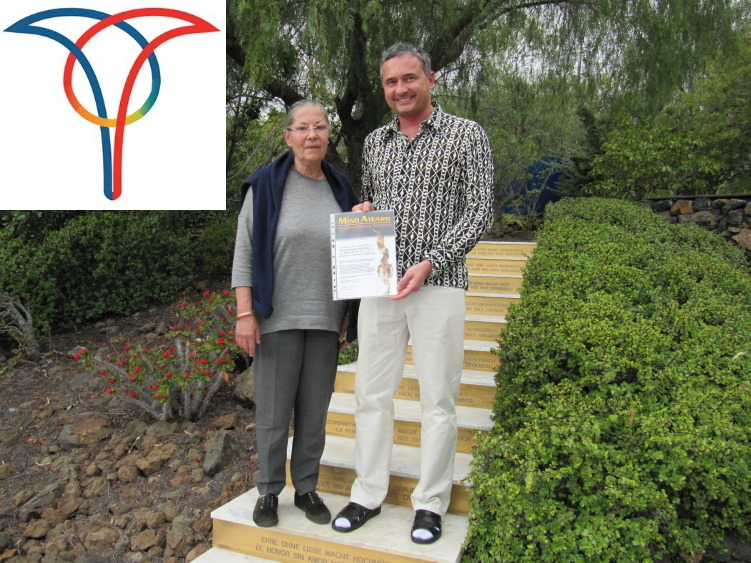 Third place went to to the Zukunftswerkstatt (Workshop for the Future) and Kunstpark (Art Park) “Mariposa” on Tenerife, which, to its inspiring constitution, acts as a think tank.


In 1984, Hans-Jürgen Müller, a successful gallery owner in the 60s and 70s, and his wife Helga, started a campaign against the decline of culture and ethics that was already blatantly obvious at that time.
Their goal: The creation of a new age with dignity, a purpose in life and sustainable economic activity.

The photo shows Helga Müller at Teneriffa in January 2014.

New impetus in education: First award of the MIND AWARD for awareness and education 2010/11

Koblenz, Westwood 10.12.2010 Following the launch of the MIND AWARD in 2009, it was first presented in 2010 to Reiner Meutsch and his FLY & HELP foundation, which fights to secure the right to education for children and adolescents in developing countries. 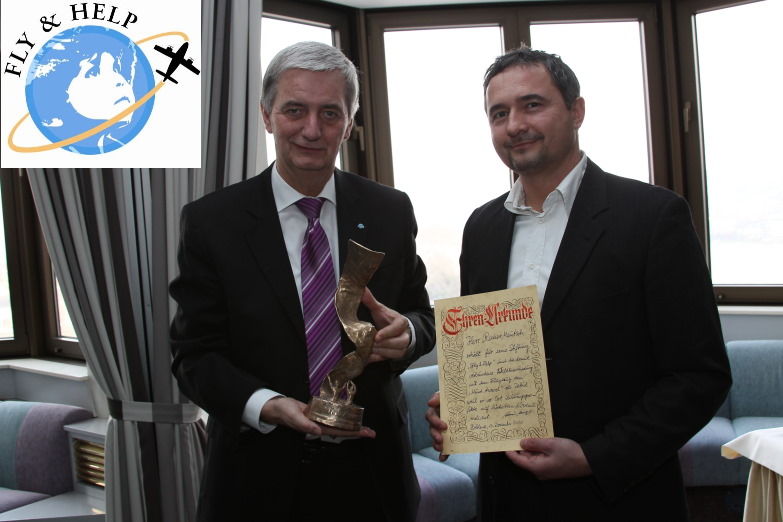 MIND AWARD initiator Achim Kunst (44) is especially passionate about the alliance of education and awareness for the benefit of society and the economy.  With a degree in Social Education and qualification as an Industrial Manager, he is familiar with the characteristics of education and awareness, and many years spent working as a coach have taught him what they require. Time and time again, his professional experiences show him how crucial this subject is: “In the same way as the Alternative Nobel Prize is a complementary extension of the classic Nobel Prize categories, the MIND AWARD is currently doing groundbreaking work as the only international award for education and awareness. The hands of humanity’s clock are already at five to twelve, so it’s not a moment too soon for such an initiative."

Reiner Meutsch was to be honored with the first MIND AWARD in Form of a sculpture.

“The Right Livelihood Award evolved from von Uexküll's opinion that the Nobel Prizes were relatively narrow in scope and usually recognised the work of citizens in industrialised countries. Uexküll first approached the Nobel Foundation with the suggestion that it establish two new awards, one for ecology and one relevant to the lives of the poor majority of the world's population. He offered to contribute financially but his proposal was turned down.“
(Source: wikipedia, http://en.wikipedia.org/wiki/Jakob_von_Uexkull)

"The alternative Nobel prize was simply created out of necessity and afterwards looking for winners," says Kunst and refers to the same contribution in Wikipedia. "In our case, however, it was vice versa. The human Reiner Meutsch had given the occasion to establish a price, triggered by the mentioned article. The courage to innovate came across the fact that its founder had rented a room and has just begun. This turnaround time needs action, not words! Reiner Meutsch shows us, how effective help can be. "

"For the skill there is only one proof: the doing"
Marie von Ebner-Eschenbach